Kavita Kapoor is an award-winning technologist who collaborates with key decision-makers to create Technology for Good with a focus on child rights, volunteering and education. Her current portfolio covers, Founding Member and Strategy Director of the Federations of Humanitarian Technologists, Chief Learning Officer for the think tank Open UK, Trustee of South East River Trust, Founder of a grassroots LGBTQ+ sports club and mentor at the WISE Edinburgh Centre for Robotics.

Kavita trained as a coder and software architect for organisations as diverse as the BBC, Channel 4 Television and ICL Fujitsu and product manager with London 2012 Olympic and Paralympic Games. Going on to lead organisations globally she has held positions as CEO of What'sMySize, Regional Digital Operational Director working in Singapore and India and most recently COO of the Micro:bit Educational Foundation.

Her award-winning work includes a BAFTA for Channel 4, Luvvies for London 2012 and MIT IIC for the BBC micro:bit.

Kavita has been focused on the entrepreneurial sector since the start of her career. She has gained the experience to drive organisations forward while ensuring a happy team and fiscal prudence. She brings together deep technology and corporate knowledge. In addition, Kavita takes an international view having worked in several different global investment markets including London, New York and Delhi. She is currently focused on learning more about EdTech organisations in Helsinki. 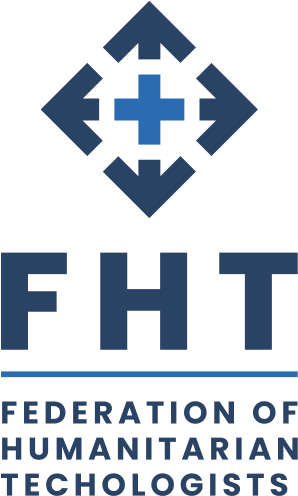 Prior to which Kavita has worked with boards as divserse as Tido, CORE, What'sMySize, Digital Deli, and Micro:bit Educational Foundation via Kapoor Systems Ltd.

She is currently available to join an additional Board. Contact her on Linkedin

Kavita has been at the cutting edge of technology creation since she could pick up a device aged 5. As a child, she learnt to program in basic and assembler. After focusing on games she created her first commercial software aged 16. A Bollywood films management system. Although Bollywood wasn’t called Bollywood back then.

While at university Kavita became fascinated with the Internet and its potential to change humanity. She learnt the newly defined HTML 2.0 and built her first website in 1994. One of the first few thousand ever built. She went on to build the first websites for a range of organisations while working with a silicon valley based content management company. Using a mix of JavaScript, CSS, Visual Basic and the newly invented Java.

After completing one of the first Internet master's degrees Kavita trained as a software designer with Fujitsu. She designed the analogue to digital switchover for cable operator NTL, ran the collaboration platforms for Sega Dreamcast and rebuilt a range of BBC magazine websites (including Top of The Pops, Top Gear and Gardeners World). In 2001 she made the natural move in house to Channel 4 Television winning several awards including a BAFTA Interactive Award for Online Learning.

For the next decade, she continued to work on the digital transformation of the media and retail sector. This included set-top box software for ITV and Sky Television, paywalls for The Times newspaper and establishing big data solutions for new sectors as well as the Sun newspaper. In 2010 Kavita was called up to join The London Organising Committee of the Olympic and Paralympic Games (London 2012). It was an incredible opportunity to help reach two billion people worldwide and push the boundaries of the digital world.

While at London 2012 Kavita become inspired by digital communication and campaign engagement especially in schools. Going on to help the emerging EdTech sector across a range of disciplines including environment, music and programming. As the COO of BBC micro:bit and Chief of Learning at OpenUK Kavita is developing a rich understanding of creating microprocessor enabled devices.

Still passionate about the Internet Kavita gravitates to software and robotic technology that has yet to substantially realise its full potential. Serving as a mentor on the WISE program and leading research for Women Leading in AI Education committee she is working with some of the more interesting research in these fields. Including machine learning and robotics. Serving as a Trustee of SERT she is learning how the world is using AI to save our planet. As Strategy and Executive Director of Federation of Humanitarian Technology, she is co-coordinating open source projects that use machine learning techniques to help the most vulnerable in society.

Kavita is always delighted when she is invited to speak, judge, attend or assist with an event. A “delightful speaker” who can communicate to a range of audiences including technology and business alike. Kavita gives over 30 presentations and interviews a year.

In the last year Kavita was commisioned by the following organisations 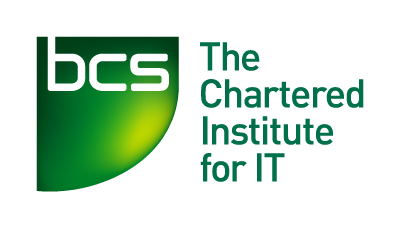 Can robots replace teachers? AI in education - the case for creativity.

Learn how machine learning and AI are both helping teach through automated adaptive learning model while also encroaching on children's and teachers human rights. Kavita in conjunction with the Women Leading in AI - Education working group, present research on how this sector has been evolving across the world. Some countries are focused on teaching ethical data skills and others are focused on getting young people through university entrance exams while are focused on creating cyber specialists adept at hacking and attacking or protecting vulnerable systems. This talk will give you lots to ponder.

How do we capitalise on one of the fastest-growing economy and youngest workforce? What motivates India and what are cultural challenges we all need to learn. Based on Kavita’s first book this practical, informative talk helps young people discover their path or leaders grow their teams. Kavita has spoken at BitsPalani TedX in Rajasthan India as well as Global South Meet Up meet up in London.

Robots are here and they have taken over. In this talk, we explore how the consumers will be making decisions when everything is automated. Kavita explores case studies such as working on the Olympic Spectator Journey Planner which changed how London travelled during the Games, What’sMySize and how we change people’s buying habit and how her work at The Sun changes voting habits.
close
x

Kavita uses her platform to campaign for policy, political or social change that ensures equality or education equity.

Kavita is well-known in the EdTech sector. She has digitally innovated solutions for a range of historic organisations and education disciplines. From music with the Music Publishing House Edition Peters, coding skills with BBC micro:bit, 21st centurary skills with the British Council through to promoting sports at London 2012 and homework support with Channel 4 Television.

Having found herself as the only women in all-male technology teams Kavita now works to ensure diversify talent pools and benchmark diversity and inclusion. Kavita now coaches Women leading in AI and robotics in Science and Engineering Edinburgh Robotics Centre and a regular speaker at conferences such a Grace Hopper, Lesbians who Tech and CodeCode. Previous to which Kavita was privlaged to lead on this work at BBC micro:bit.

As a passionate allotmenteer, Kavita is now looking to use her business leadership skills to help those working in this sector. She recently joined the board of South East River Trust and is working to recruit a new board chair.

As a member of this community, Kavita supports a wide range of networks. This includes sponsoring Lesbians Who Tech and helping to found BCS LGBTQ+ network. Kavita founded the first openly LGBTQ+ Kempo club in the world.
close
x

Away from work, Kavita can be found on a (virtual) dance floor, on the tennis court or learning another language.

Kavita is passionate about growing a wide range of vegetables and equally as passionate about cooking what she grows. She has access to about 500 sq ft of growing space in central London. Feel free to send seeds.

As a 3rd-level black belt, Kavita has trained and taught around the world (Japan, Canada, Ireland India and Spain) but the primary location of her training has been Imperial College Shorinji Kempo where she is an assistant instructor. In January 2019 she co-founded her own Constituted Community Sports Club (CCSC). The club prides itself on being the only completely female-founded, BAME-led and openly LGBTQ+ Shorinji Kempo Club .
close